Being a man of a certain age, I was interested to read recently of new evidence that showed using advanced MRI scanning technology could radically improve the success rate for diagnosing prostate cancer.

Prostate cancer is the most common cancer to affect men in the UK, but until now testing for it has been difficult. The standard technique is to use a biopsy, taking random samples from various points; but this haphazard approach is not very effective and can lead to unwanted side effects.

Recent research has found that by using an MRI scan to identify target areas for the biopsy, the success rate for detecting aggressive cancers rose from an odds even 48% to a staggering 93%. Doctors and medical professionals have claimed this as the most significant leap forward in the battle against prostate cancer for decades.

It did make me wonder, though, why this kind of approach is not more accepted in some other industries.

Our company uses geophysical techniques to scan the ground to try and determine what is buried beneath the surface before excavations begin. We can do this for a wide range of applications, but the attitude towards geophysics varies widely within different disciplines:

Stop stabbing around in the dark! A plea to the construction industry.

Although archaeological geophysics surveys are usually carried out right at the start of any development process (often before planning permission has been granted), and a utility mapping survey is often one of the last surveys that is undertaken before building begins, I find it quite bewildering that geophysics isn’t applied more widely within the construction industry during the site investigation phase.

Prior to site development, the majority of site investigations currently follow the random biopsy approach, with trial pits and boreholes positioned around the site either on the basis of what is discovered from an initial desktop study, or on the hunch of the investigating engineer. The results of this random investigation are then used as a basis for the rest of the project design, with no guarantee that the findings are representative of the main site or if they have identified the key hazards. 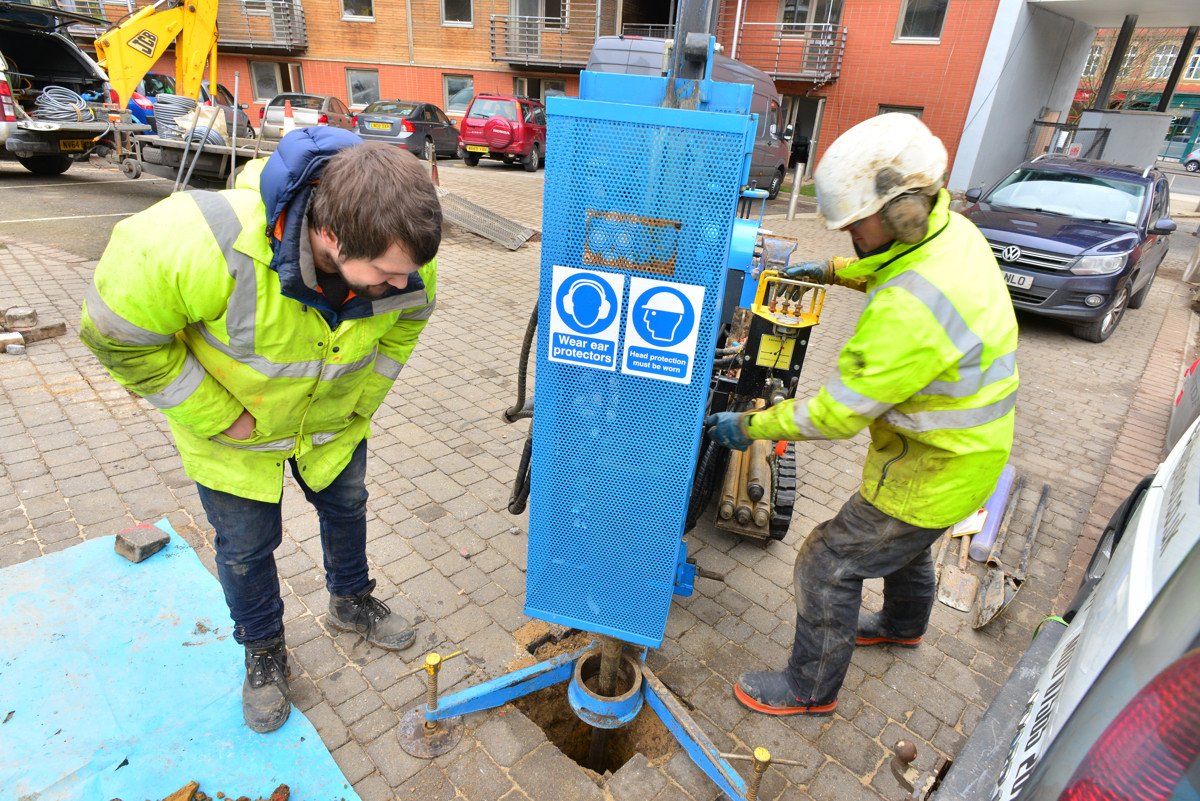 Random investigation gives no guarantee that findings are representative

This method increases the likelihood of delays at the construction phase caused by unforeseen and buried hazards; one of the main causes of projects running late and over-budget. Unscheduled design changes, expensive plant sitting idle and costly remediation works are just a few of the issues that can arise from the unexpected being discovered on site during construction. There are many more.

‘With 33% of all project overruns caused by unexpected ground conditions, not understanding the subsurface is often very costly’

The Role of Geological Data in the SMART City Agenda, GiS Professional 2017

As the medical industry has now recognized, conducting a full scan of the site using non-intrusive methods, to get a ‘lay of the land’ before more intensive investigations, can make a huge difference to the accuracy and effectiveness of further hazard detection. Geophysical surveys, when used correctly, can have a similar effect on the construction industry. Survey information, used not to replace site investigation but to complement it, can act to fill in the gaps that would otherwise be left by only using sampling points. It is not a panacea, of course, but it can provide additional information on ground conditions and buried hazards.

By employing geophysical techniques that can scan the whole of a site quickly (the surveyors ‘MRI’), target areas can be identified and chosen for either intrusive investigation or further detailed geophysical investigation. This approach can ensure that any areas of interest are examined in more detail before breaking ground, greatly reducing the risk of delays and increasing site safety once development begins.

Comments Off on Seeing the whole picture with scanning