December, 2016What a difference a second makes

At the end of this year, while you’re enjoying fireworks and preparing for the annual rendition of Auld Langs Syne, you may not notice but the clocks will tick over to 23:59:60 before ringing in the first seconds of 2017.

Every few years, since 1972, we’ve been inserting a ‘leap second’ into UTC to help synchronise clocks (atomic time) with the ever slowing rotation of the Earth (solar time).

So what? What difference does a second make?

Well, to most people, none whatsoever (although in 2015, services such as Amazon, Netflix and Twitter were all affected due to the leap second), but to anyone who uses a GPS receiver, this extra second matters. 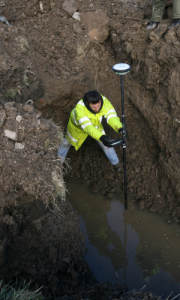 The leap second affects the way that GPS devices calculate position, because it is all based on time. Some GPS systems use messages based on UTC and some use a continuous time scale – these systems will be affected by the leap second in different ways, depending on which time convention they follow.

If your GPS doesn’t account for the leap second adjustment it can cause problems and crashing of software. Some older versions of software can also encounter problems such as accounting for the leap second too soon, so the device is 1 second off for anything from a day to a number of months. To ensure your GPS continues to work correctly make sure you’ve got the latest software update.

You can read more about how the leap second affects GPS, and what you need to do to prepare on these websites:

Comments Off on What a difference a second makes